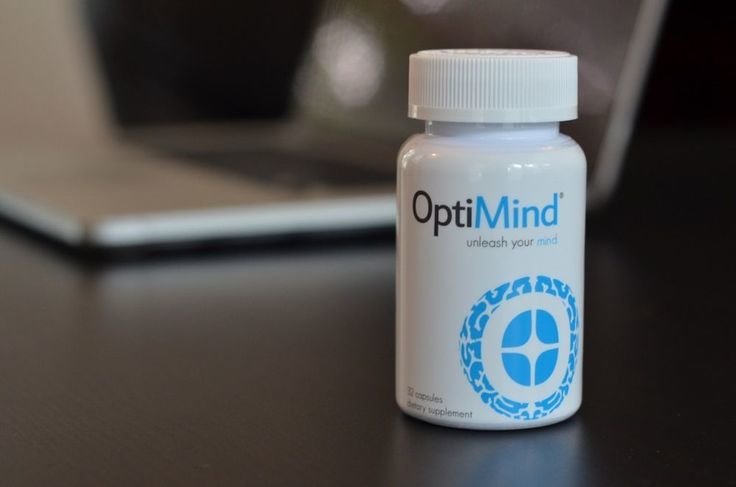 Looking for the best place to buy OptiMind? The cheapest and most reliable source we’ve found is Amazon. (The OptiMind website offers a monthly subscription in which you are sent one bottle per month. Stick to Amazon for single-bottle orders.)

After Bradley Cooper starred in the movie Limitless, people around the world have been dreaming about getting their hands on a neuro-enhancing substance like NZT 48. (If you haven’t seen the movie, I highly recommend it — it will certainly motivate you to increase your brainpower. You can find it on Amazon in DVD or Blu-Ray for pretty cheap.)

Unfortunately, however, there is no real Limitless pill. Such a supplement does not exist.

It’s true — as of this writing, there is no magic pill to turn you into a cognitive Superman, capable of scrolling through limitless information and storing it indefinitely inside your brain. Wouldn’t it be nice, though? Being able to remember everything, having unlimited recall, perfect insight, boundless energy and endless motivation, the uncanny ability to immediately and correctly analyze any given problem?

Sadly, we must make do with the natural capacities of our brains…

… or do we? In this OptiMind review, you’ll find out what’s possible.

The New World of Nootropics

For those of you who don’t already know, there is an exciting new type of supplements called nootropics. These supplements — also sometimes referred to as smart drugs, smart pills, or cognitive enhancers — are created to improve cognitive functions, specifically or generally, such as learning, memory, processing speed, creativity, and motivation, among other faculties.

Sometimes the mechanisms by which nootropics work aren’t immediately clear. With some nootropics, the effects are very obvious and can significantly alter mental functioning. However, many nootropics have more subtle effects, and in some cases can take a couple of weeks before the benefits become apparent. Some nootropics may not really work at all, acting more as a placebo.

In this review, we are specifically focusing on OptiMind.

Does OptiMind Work? — The Nootropic Claims

In order to verify that a supplement works, we must first look at the specific claims that the manufacturing company makes. In this case, OptiMind was created by AlternaScript, based out of Houston, Texas. They state: “OptiMind enhances focus, supports memory function, and improves concentration with the highest quality of patented ingredients” and is used by “CEOs, Wall Street executives, top athletes, and scientists.” Further, they claim OptiMind can benefit a person in both the short-term and the long-term.

These are a lot of impressive claims. In order to check if they are possible, it’s necessary for us to run through the OptiMind ingredients for their nootropic potential. Wouldn’t really be an OptiMind review without this, eh?

The main component of OptiMind is a focus blend. Our only issue with a “blend” is that we can’t know the specific quantities of each ingredient, which may detract from our analysis. Many companies do “proprietary blends” in their supplements in order to keep the exact “recipe” a trade secret. But before we get to focus blend, the bottle lists the following ingredients and quantities:

The focus blend has no individual ingredient quantities listed, but has a “blended” quantity of 1.315 grams. The following are the main ingredients from the focus blend:

As you’ve seen, the listed OptiMind ingredients have been shown to have effects on mental functioning and cognition. The only real question that remains is the actual quantities of the individual ingredients, to determine the overall effectiveness of the combined ingredients, but this information isn’t revealed. Still, this is a good list of ingredients, showing very positive individual benefits, which should translate into an effective final nootropic product.

In this OptiMind review, we’ve gone over the nootropic supplement in detail and established that the listed ingredients have the potential to provide some cognitive benefits. Whether this supplement is very noticeable remains to be seen, but it’s likely that there will be short-term effects that may be too subtle to notice, as well as long-term effects that should be more apparent.

Give OptiMind a try. For each individual it’s going to be a balancing for whether the cognitive benefits (however apparent) outweigh the cost. Approach your first bottle like a scientist — measure your performance while taking it and compare it to how you perform without taking it.

Compared to some nootropic supplements out there, OptiMind is not that expensive. It’s not cheap by any means, but a reassuring sign is the 100% money-back guarantee. This shows that the company believes in their product and isn’t simply trying to scam as many people into trying it as possible — they are trying to build a loyal customer base, and this can only be achieved by providing a worthwhile supplement.

Where to Buy OptiMind

Nootropics vary in price, usually based on how difficult they are to manufacture and obtain, and some can be expensive. While it’s nice to find a reasonably priced product, it’s more important you’re actually getting the substance you think you’re paying for. Therefore it’s important to find a reputable vendor — one who consistently supplies a high quality product.

What does this mean with OptiMind? That is, where’s the best place to buy OptiMind?

As of this writing, the best place to buy OptiMind is Amazon. There’s no bigger or more reputable vendor than Amazon. You’re likely familiar with them already, but they have great pricing and fast and reliable shipping, especially if you’re a Prime member.

You can also get OptiMind on the manufacturer’s website (AlternaScript). However, they push for a “monthly subscription”, wherein you pay a monthly fee for a monthly bottle of OptiMind. This could be a good idea if you’ve tried Optimind and like it and plan on using it every day. But if you’re just trying OptiMind out for the first time, stick to Amazon. Then later, if you think a subscription is right for you, you could try the monthly subscription.

We hope this OptiMind review has been helpful for you. If you do decide to give it a try, feel free to write to us to let us know what you think!